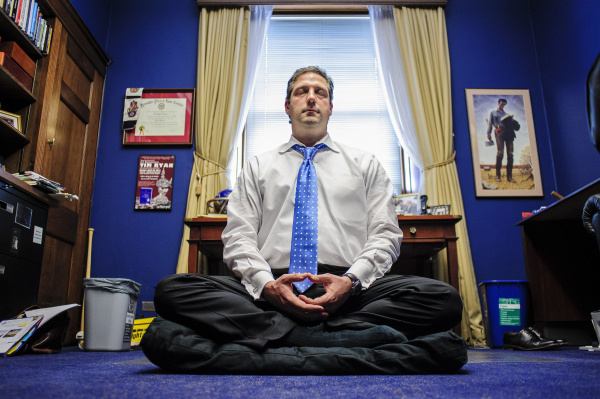 About the Speaker: Chris Ruane has been a member of the British Parliament for 18 years. In 2013 he set up free mindfulness classes in the UK Parliament. Since then, more than 150 British Members of Parliament and Peers have received mindfulness training, along with 250 members of their staff.

At 31, I felt completely burned out. I remember lying on my bed and wondering how people make it to their 40th birthday feeling healthy. My life had been very stressful up to that age. I changed middle schools three times and high schools three times in three different countries and two continents. I worked for 9 years in the private sector, politics and local government, got married and divorced, became a single mom and at that moment had a 16-hour work day as head of the mayor of Zagreb’s PR department. Being a single mother in a high-level local government position created so much stress that I could not handle it emotionally and psychologically anymore. After my boss declined to give me a 9-5 job that would allow me to be there for my 4-year-old daughter, I quit.

It has been scientifically proven that too much stress affects major brain centers, resulting in a fall in cognitive ability (IQ) and ability to “control” emotion. I remember the last few months at my job: I could not concentrate well, my conflict tolerance level was low, and I could not motivate others.

The issues that politicians have to deal with are broad and, in most cases, require quick reactions. Being a politician is a multidisciplinary job—in one single day they could be facing multiple issues: protests, refugees, social media questions, campaign attack ads, and decisions on policies that will impact generations to come.

As HKS professor Ronald Heifetz points out in his book Leadership Without Easy Answers, “Leadership and authority figures get attacked, dismissed, silenced and even killed if they come to represent loss… In a stressful situation, if the authority person does not have answers, she can run out of credit.”

Decisions that politicians in high positions make affect millions, and sometimes billions, of people. This impact is far broader than in the private sector. We have seen countries helping private companies get back into business, but the reverse is not possible.

Mindfulness and the Core Purpose of Politicians

Working in politics wears you down physically, psychologically and emotionally—and quickly. A high level of aspiration on a daily basis is hard to maintain. Aspiration in the form of “how can I contribute and help others” should be the core purpose of every politician. To keep that purpose alive, politicians need to build a stable internal environment within themselves.

One of the rare politicians in the U.S. who openly talks about nurturing the daily mental state within himself is Ohio Congressman Tim Ryan. In an interview he said:

“I do breathing exercises in the morning to calm my mind and to enter the neutral space. It is that space of emptiness and connection to ourselves that allows us to get away from chaos and make decisions in peace… It is easy to be good when times are good. Sometimes it is harder to maintain a connection to your values and your integrity when times are tough or when someone is in your face. Mindfulness has helped me stay calm in these situations, stay respectful, be compassionate and empathetic.”

Practicing mindfulness (inner-harmonization techniques) increases positive emotions, boosts the immune system, and helps increase the density of grey matter in brain regions connected to learning, memory, and empathy. Empathy is especially needed in today’s society. If leaders make thoughtful decisions, ordinary citizens would not suffer the tragic consequences of decisions made in the absence of empathy.

Studying campaign leadership at HKS and reflecting on my personal political experience in Croatia made me realize that politicians are very cautious about how they present their “spiritual orientation” to voters. Politicians often cannot be completely honest because they have to follow parties’ strict rules in order to be “the right candidate” for elections.

For example, I have a friend—Michael—at HKS who is a regular practitioner of a form of meditation called Transcendental Meditation (TM). TM helps him deal with stress in life and gain a more positive perspective.  Michael is also very serious about entering politics and becoming a Republican candidate for U.S. Congress. In a conversation, he told me, “I am a Republican, my family is Republican, this country is mostly Christian. I will not win in this country if I say that I meditate. I will just say that I pray.”

It is important to know that by practicing mindfulness, politicians are not distancing themselves from their religion, culture or beliefs. They are not renouncing capitalism or Western values. On the contrary, they are making their emotional and mental state more balanced and are better preparing themselves to take a responsible role in society.

As leaders, we are asked to solve problems on a systemic level, but how can we create good systemic solutions when we face so many problems on a personal level? Only when we know ourselves and feel comfortable in our bodies can we make good systemic contributions. If confusion and insecurity are part of us on a personal level, then confusion and insecurity will be reflected in our contributions on the systemic level.

As a mid-career student at HKS, soon turning 40, I can say that the daily practice of mindfulness has made me calm and grounded in challenging situations, as well as more aware, focused, inspired and motivated. In this complex, fast-changing and uncertain world, teaching people compassion, calmness and awareness is of utmost importance. The new generation of leaders needs tools to make more mindful decisions and to finally start solving—and not making—the world’s problems. 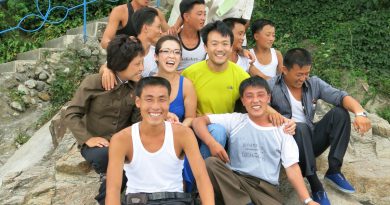 September 5, 2013 Comments Off on Summer Snapshots: A Round-Up of HKS Summer Experiences 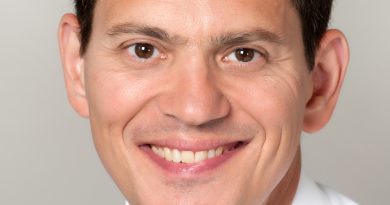 David Miliband is the Graduation Speaker

March 31, 2015 Comments Off on David Miliband is the Graduation Speaker 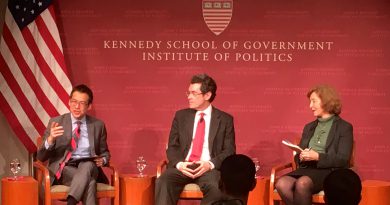