Home > Opinion > Headlines > Democrats Are Missing Something; We Need to Help 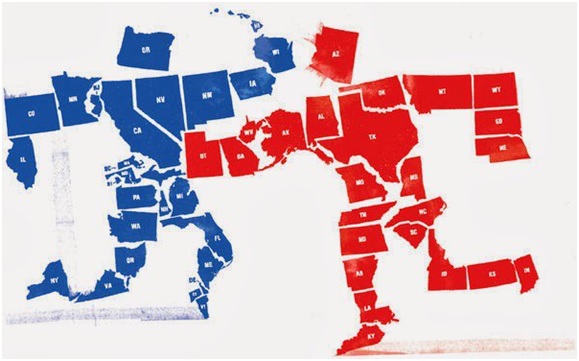 When Arlie Russell Hochschild, author of Strangers in Their Own Land, came to speak in the JFK Jr. Forum on March 23, she put into words what I had been feeling since the day after election: Democrats are missing something.

Hochschild told us about her experience finding voters’ deep stories—firmly held beliefs that drive political opinions. Such deep stories could explain, for example, how voters suffering from the worst pollution in the country could be in favor of dismantling the EPA.

Deep stories are basically another version of social psychologist John Haidt’s elephant and rider metaphor. The elephant is our emotional and irrational side, motivated by deeply held values and beliefs. Our analytical and rational side is the rider. While the rider can try to use logic and plan ahead, he is usually steered by the elephant, which is driven by values and instinct.

Democrats consistently try to appeal to the rider side of Republican voters. Hillary Clinton had a $30 billion, 4,000-word plan to retrain coal workers, invest in rural infrastructure and education, and provide miners health insurance. Donald Trump spoke right to their elephant side. He donned a mining cap, accused Democrats of killing coal, and promised to put miners back to work.

Democrats often forget that most people don’t use facts and policies to make political decisions. They go with their gut. They succumb to the elephant.

According to Hochschild, Southern Republicans have a deep story that the American economy is a line, with everyone waiting for their turn for the American dream. White voters in the bayous of the South have been waiting for generations. Democrats, meanwhile, have come along with a bunch of ways to allow people to cut the line. Affirmative action. Food stamps. Mechanisms for people to get ahead in line without having to work for it.

I can hear the rebuttals whirring. These people aren’t even in the same line! One line has been oppressed for centuries, and is still way behind any white Southerner’s line! True, but that’s not the point. That’s you talking to their rider. Their story is a deeply held belief. It’s their elephant.

I am not suggesting that Democrats should ditch facts—or sink to the level of fake news. But we need to revamp our approach. It’s not enough to have policies to help communities victimized by a dying coal industry. We need to appeal to their elephants.

We also need to change our tone. Not only are Democratic programs perceived as perpetrating unfairness, they are also seen as discriminating against Republicans. It isn’t just unfortunate moments like Clinton’s “basket of deplorables” that paint this picture.  Since Obama’s first candidacy, many of his opponents were implied to be racist. This year’s post-election news is rife with Democratic accusations of the Republican voters. Many Republicans feel harshly judged for their views on political issues.

How can we hope to have any conversation if we insinuate that those whom we disagree with are heartless, or worse, racist?

None of this is hopeless. Political parties reinvent themselves all the time. Finding ways to speak directly to people’s needs and underlying beliefs, their elephant, while avoiding stereotyping and pigeon-holing Republican voters is possible and achievable.

In fact, we have the tools and the human capital at HKS to start reimagining the future of our party.

Harvard professor Steve Jarding tells a story in his classes about a Virginian state candidate. This Democrat researched every county in his jurisdiction to understand the issues most salient to local voters. He learned of a particular Republican stronghold that lacked basic water and sewer infrastructure. He threw away his talking points and told residents of that stronghold that he would help. Vote for him, and you’ll get running water. He appealed to their elephant in a way that genuinely empathized with their needs. He swept the region and won the vote.

For those of us going into politics, your role in the Democrat’s future may be obvious. Your choice of platform and messaging can make you a strong advocate for a more open-minded party.

For those who aren’t, don’t dismiss how sorely your skills are needed. We need talented communicators and entrepreneurs to think about how we break reader silos of media bias. We need people-centered approaches to assess the needs of underserved Republican communities—regions victim to the economic changes in this country that have yet to recover. We need leaders, managers, and policy wonks to build successful enterprises and propose creative policies that can tackle those needs in a way that respects local communities.

And we can all start having conversations where we genuinely listen to opposing points of view, without conveying judgment.

There’s room for everyone to help shape a more effective and empathetic Democratic party.  We should take this upon ourselves to make it happen. Our party’s future depends on it. 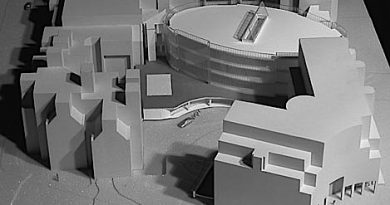 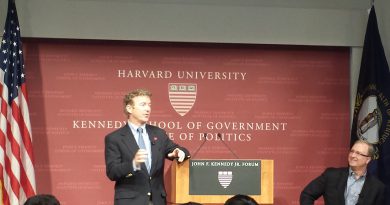 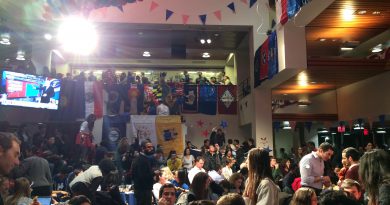