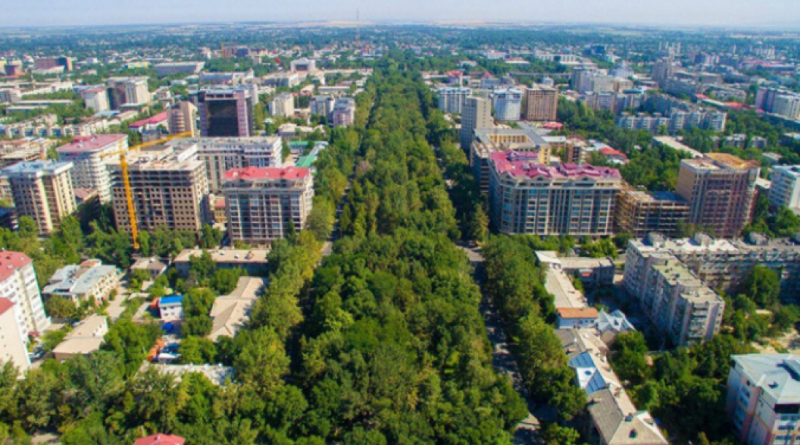 From the fifth to eighth grade I studied in a school around the corner from a beautiful boulevard in my home city of Bishkek, Kyrgyzstan. This boulevard was lined with oaks planted about 80 years ago. Every day on my way to school and back, I enjoyed a view of beautiful green canopies of old trees I took it for granted.

For the last several years, trees in my city and across Central Asian cities have endured a chain of misfortune. The street where I used to live lost about 30% of its trees. Our oaks have been attacked by the oak sawfly and for over 5 years, but despite a generous budget to combat the pest, we couldn’t fight sawflies. But this might not be due to money; it might be plain incompetence, or maybe it’s a result of corruption.

But natural misfortune is not the only threat to trees. Without clear and balanced green policy, it is not surprising that trees are disappearing. What’s more, even healthy trees get chopped, often in the interest of local businesses wanting to expand a road or make a new parking lot. Quite often these actions are justified by their economic benefits.

But is that really true?

In November 2016, Quito, Ecuador hosted a global conference Habitat III, where a New Urban Agenda was adopted, and special attention was given to green zones and parks that are crucial for mental health, ecology and formation of local communities.

Up until now, bureaucrats in some cities, consider trees a luxury that we cannot afford in urban areas. I disagree with this statement and have a number of examples o the economic value of big trees in cities.

What the latest research shows is just fascinating. Big trees cool cities by 5C°- 8C°. According to UN Urban Forestry, shade from big trees reduces building heating by 20%-50%, and cause power consumption reduction up to 30%. One big tree absorbs 150 kg of carbon dioxide, in addition to other pollutants and dust. 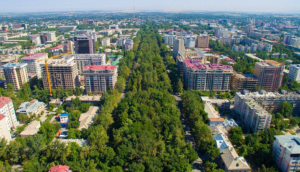 It is hard to assess the impact of noise consumption of the green street, but we can say that property in green districts costs 20% more on average.

When the New York City park department measured the economic impact of its trees, the benefits added up to $120m a year (compared to the $22m annual parks department expenditure.) There was $28m worth of energy savings, $5m worth of air quality improvements and $36m of costs avoided in mitigating stormwater flooding.

Another impact trees make is in public health. Parts of the brain that we use are changing when we interact with nature. MRI scanning shows that when viewing urban scenes, blood flow to the amygdala – the “fight-or-flight” part of the brain – increases. Our brains view cities as hostile environments. Natural scenes, by contrast, light up the anterior cingulate and the insula, where empathy and altruism happen. 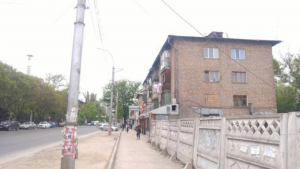 In green cities, people often go for a walk and better know their neighborhood and are less stressed.  Here we have two economic positive impacts, the one is that pedestrians are more economically beneficial for cities, and second, is its impact on public health budget reduction.  Green zones reduce stress, allergy. lung and heart diseases. 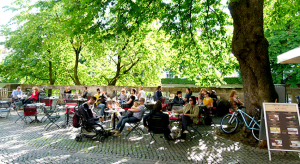 There are a number of studies that prove that in green zones people feel safer, have less mental fatigue and less aggressive. Residents report feeling better and having fewer health problems when there are more trees on their street, a new study has found.  Having on average 10 more trees in a city block improved how someone rated their health by a level comparable to an increase in annual personal income of $10,000, moving to a neighborhood with $10,000 higher median income, or being seven years younger. 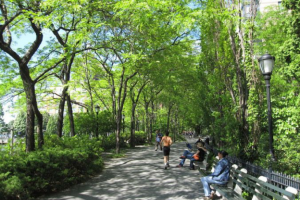 We have to stop treating trees and nature in the city as just decoration. They have significant and measurable economic implication, and we should consider them as a serious infrastructure development with tremendous public value. 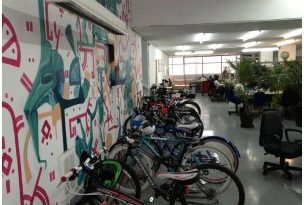