Home > Opinion > Culture > I will eat anything 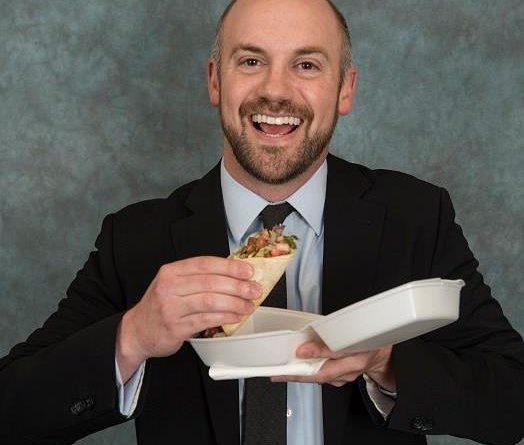 An interview with Dan Rossi on #cheapfood

Known as THE foodie by many HKS staff, Dan Rossi is Assistant Director of Student Financial Services. Mathangi from The Citizen team sat down with Dan to talk about #cheapfood and so much more. From scheduling ‘Ben & Jerry’s Free Cone day’ on his colleagues’ calendars to creating a staff group for free food around Harvard Square, Dan is always up for a culinary adventure — just never serve him eggs!

“If you don’t finish the food in the fridge, Dan will get it” is a common refrain at the Enrollment Services Office.

With a twinkle in his eye and a booming laugh, Dan talks about how his love for food began. “I was Vice President of the student government at the University of Iowa. My President and I got involved in the tuition debate and the importance of state funding.

I began to see how food on campus was often students’ largest indirect cost, so we advocated for better, healthier, less expensive food options.

So, I would literally eat everything, even organ meat. I remember going around talking to a state rep on why state funding and affordable education were so important to our state. A farmer offered me some parts of a pig, I didn’t know what they were, and I thought ‘Here’s some food, gotta stay on message’ and ate it. Not very picky at all!” he says with a huge laugh.

“I cook a little bit, I often grill. I’m kind of known as a big taco person. You can put just about anything in a tortilla and they are not so bad for you.

I also do stuff like crock pot and instapot. So easy to make. You just set it before leaving in the morning and by the time you’re back after 6-7 hours, it’s all cooked and ready to eat. Perfect for the cold winter days and often provides tasty leftovers for additional meals.” 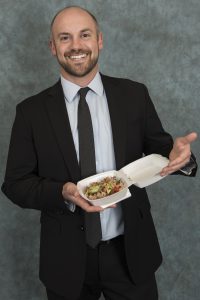 Where can students get cheap food?

“Unfortunately, it’s getting really hard to have lunch for under $10 in Harvard square.  Grendell’s Den, Shay’s, have some good deals and you can get a taco or slice of pizza for under $5.

If you are going out, try to go in the earlier part of the week for cheap deals. Because restaurants around here do trivia nights and stuff to get people in.

Looking for a fall foliage hike? Instead of Vermont, try the Blue Hills. It’s not very hard to get to. Especially in the fall, it can be a beautiful short trip. Or instead of Maine, hop the commuter rail to Rockport for a quintessential New England experience. There are a bunch of good cheap restaurants at walking distance from the train.

I live in Providence and if you are willing to go further, there are some interesting spots to try down here. Bayberry Beer Hall offers a full meal and a craft beer for $15 on Tuesdays.

Rebelle Bagel is a restaurant started by a woman who went to MIT to study, so of course she moved to Providence and decided to make bagels. She collaborates often with other restaurants in the community and has done a lot of good stuff for the community around our neighborhood.

Durk’s barbeque is great. Tallulah’s Tacos has an Austin Texas open restaurant vibe.  As a service to my co-workers I often post on my door the incredible creations of PVD Donuts.

There’s a website called Outings and Innings, a website for all Harvard Affiliates for all kinds of deals: food, ski trips etc. Do check that out!”

Have you ever competed with students for free food?

Dan laughs loudly. “I always defer to them, and take the back seat. I like to consider myself a food enthusiast and try not try to compete (too much) with other people, you know, just happy to see folks are enjoying themselves.  I might have taken a couple of extra laps around Harvard square during lunch to see what banks or other establishments around here give free food, since this area can be a testing ground for companies.”

Is there something you will simply NOT eat?

“This is such a funny question. You know, I am really not an egg person. I have had bugs, crickets and all that, but not eggs. As a child, I decided that I probably should not eat them. I am probably fine with a ten-legged animal but not eggs.”

“On tacos sometimes, there are cricket toppings, they are crunchy and I like them. Ants would be no problem for me. I have eaten snakes too. Rattlesnake as a child in the South West. My dad would give it to me on family trips to Arizona, not sure if it’s allowed now. But I really can’t eat an egg”

What do you think is the role of food culture around campus?

“Eating together has so much potential here for students. To share each other’s stories, what’s going on and meet people in a different way. And potlucks are also so much cheaper”

“Extra food left over from a Wednesday group meal can be used to feed a bunch of other students. So many amazing students form so many amazing backgrounds in this community where eating can be a great way to bond.”

What’s your favorite places to eat around Cambridge?

“Machu Picchu is a good Peruvian restaurant. Fasika for Ethiopian food. It’s literally a hole in the wall place in East Somerville. It has an Irish bar on one side and Ethiopian food on the other. They do the best job of vegetarian entrees. And Life alive too, in Central Square. Felipe’s has great inexpensive tacos”.

Where is a good place to go on a first date?

“Go to Central Square. It’s outside the Harvard bubble. Easy to find someone to have an interesting conversation with. Cuchi Cuchi is great. Miracle of Science is great for a drink.

Central Square also has good transportation too; to go away in case things are not going well!”

Having worked here for 12 years now, Dan is clearly passionate about his job. “So many of us are all so inspired to see students doing such amazing work, and we love coming here everyday. I couldn’t imagine our job in any other institution. The mission itself is so inspiring. We want to make it easier for you all to accomplish your public service goals. And if I can contribute in some small way with cheap food tips, why not!”, he says, signing off in style.

COLUMN: Too Busy: A Narcissistic Sense of Grandeur

September 28, 2012 Comments Off on COLUMN: Too Busy: A Narcissistic Sense of Grandeur 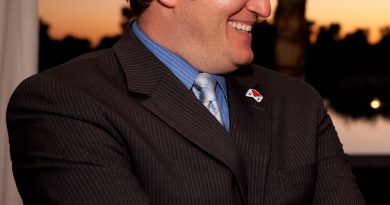 December 18, 2013 Comments Off on HKS Citizen Q&A with Brian Henderson

May 12, 2014 Comments Off on Home Economics: Give Mom a Little (Professional) Respect