Home > Opinion > Interviews > President Santos: Prof. Heifetz asked me to talk to the victims to re-energize myself 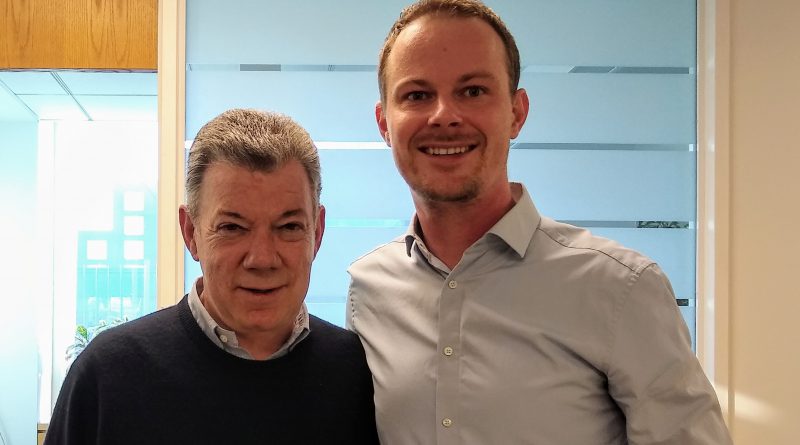 Kai Dittmann interviewed President Juan Manuel Santos, former president of the Republic of Colombia and Nobel peace prize winner, for the Citizen. He talks to Kai about the Adaptive Leadership course with Heifetz, peace agreement, Venezuelan refugee crisis, and economic prosperity in Colombia.

Santos has served as president of the Republic of Colombia from 2010 until last August. He was the country’s first foreign trade minister, and he served as finance minister and national defense minister. He was awarded the 2016 Nobel Peace Prize for demonstrating impressive leadership in negotiating a peaceful resolution to the country’s conflict. He is an MPA graduate of the Kennedy School and was recently named the Angelopoulos Global Public Leaders Fellow at HKS.

You can listen to the audio interview here:

If you would like to hear more such audio interviews, let us know in comments.

Kai Dittmann: I’m sitting together with the former president of Columbia, Juan Manuel Santos. Noble peace prize winner of 2016 and an alumnus off this school. I am very excited that you’re taking the time to talk with us. […]

President Juan Manuel Santos: No, no, thank you for being here and it’s a great pleasure to speak to you.

Dittmann: What did you learn in the last year that surprised you?

Santos: In the last year, I learned something extremely important is that you should not marry your prejudices. I thought, for example, that the victims of war were going to be the ones that developed the largest negative sentiments. And I learned that it is the contrary. They become more generous persons in order to avoid other people suffering as they suffered. This for me was a very good, important and marvelous lesson of life.

Dittmann How can that be? That must be incredibly hard for the victims.

Santos: That was, what I questioned before. These are going to be the most difficult persons to support the peace agreement [and to] give legal benefits to people who have committed atrocities and I discovered that it was completely contrary. They were the ones that said: “President, persevere! President, don’t throw in the towel! We don’t want other people to suffer as I suffered.” And for me, it was an incredible lesson

Dittmann: I know that you took the class with professor Heifetz… (Teacher for “Exercising Leadership” and “Leadership from within”, Ed.)

Santos: Professor Heifetz gave me incredible advice that served tremendously my purpose. He said: “You are embarking on one of the most difficult trips that anybody can embark. You’re going to suffer a lot. You’re going to find many obstacles and you are going to feel frustrated many times. When you feel really sad, talk to the victims. Ask them to tell you their stories, their dramas and this will reenergize you.” And I did that. As a matter of fact, I would weekly exercise [this]. Every week I sat with a victim – a different victim – and I would ask them; “Why were you a victim? What happened to you?” And the stories that they told me were so dramatic. But then the encouragement that they gave me was so profound. Professor Heifetz was completely right: That reenergized me.

Dittmann: You must have gotten two different energies from that. As a defense minister, you needed the energy to defeat the FARC. Whereas as president, you would need the energy to work together with them. How can you shift these?

Santos: I remember a lesson that a general gave me  – a Columbian general – when I started at the ministry of defense [and] I had to be effective in war. And he said: “You’re going to be effective in war, I’m sure because you know us.” I was military. I was part of the navy. “And you will have to be effective in peace. But then don’t treat the FARC as enemies. Treat them as adversaries because the word enemy means destruction. The word adversary means you have to beat them. We are all Colombians. We are all sons of the same nation. And if we treat them as adversaries and we treat them with dignity, then making peace will be much easier.” And he was right. Now, when I made war, I made it thinking that that was a necessary step to make peace. We needed to weaken them to bring them to the negotiating table. And the only way to bring them to the negotiating table is by taking away from the guerillas the illusion of winning through armed struggle what they wanted and what they were seeking. So, it was a necessary step – very difficult – because people elected me because I was a very effective hawk and then I became a dove.

Dittmann: You were given the name “henchman.”

Santos: Yes, because I was very effective in making war. But that was a necessary condition to be able to reach peace and end the war.

Dittmann: And you did that. […] Every country that has an armed conflict and has a civil conflict that goes on for a long time sees this as an example of how to reach peace. At the same time, your successor is questioning the peace deal to some degree. […] He wants to renegotiate it. From your perspective, how does that feel to have reached this agreement and then stepping down from your office and now sitting on the sidelines?

Santos: I feel a bit of frustration but not too much, because I know that he will not succeed in changing the agreement. Why do I say this? Because we have the law. We have a constitution. We have courts and any law or any decision that he takes, that would be contrary to the implementation of the agreements would be struck down by the constitutional court. And they have already said that. So, we in a way, we designed this process to be irreversible. And you see how the opinion of many have been changing from “I’m going to change the whole agreement” or “I’m gonna tear up the agreement” to what they’re saying now. “No, I’m going to make some small changes.” This is a radical move towards reality, which is: This agreement is irreversible.

Santos: This was my nightmare in the last two years of my government when this started to be a problem. And it’s increasing because the situation in Venezuela is worsening every day. This, of course, puts tremendous pressure on Columbia in every respect: Our health system, our education system; and something that I fear and that I hope does not happen – and I tried my best to stop that – is the sentiment of xenophobia. That when people see Venezuelans taking their jobs, then they react against them. And I’ve been trying, and I tried until the last day of my government: “No, Venezuelans are our brothers, let’s take them. Let’s help them.” And we are doing everything possible to try to fix the cause of these refugees: Which is the Venezuelan regime that is causing this disaster. It’s a catastrophe and we have to maintain all the pressure in every aspect possible to precipitate a hopefully peaceful transition and the recuperation of the basic democratic values that Venezuela had for so many years.

Dittmann: I know making predictions in this world is a little difficult. But if you see the relationship between Venezuela and Columbia in five years: If you have a best-case scenario and a worst case scenario how would you describe them?

Santos: I would say the best case scenario is a new regime in Venezuela and Colombia taking advantage of the reconstruction of Venezuela because Venezuela is the richest country in the Americas. It has the biggest oil reserves of the whole world, and to reconstruct Venezuela would not be very difficult and Columbia is in the best position to benefit from that reconstruction. So, I also tell the Colombians to be patient because this situation will turn into a tremendous opportunity for our exporters, for our investors, for every Colombian and I see that you asked me five years. That is what will be happening because this regime will not last five years. I think it will not last even one year.

Dittmann: When we speak about Colombia, we talk more about the struggles and the problems, like the refugee crisis. Even though the peace process is an example, it is still about the underlying struggles. At the same time, Colombia’s growth rate is picking up. It is one of the countries that is growing more steadily in the region. If you could talk more about the positive things that are happening in Colombia right now…

Santos: Columbia besides piece, which is a very good thing? Because don’t forget that we were at war with the biggest and most powerful guerrilla for 54 years. We now have peace. Every Colombian can now go to all of our territories – before that was impossible. But besides that, we have a much stronger economy than we had eight years ago. We have the highest investment off any country in Latin America. We were able to reduce poverty more than any other country. We took 5.4 million people out of poverty, and we reduced extreme poverty by half. We launched a revolution in terms of infrastructure as never before, something comparable, many people say, with what Roosevelt did with the “New deal”. It is a new Columbia. If you go to Columbia, just to the airport where you land in Bogota compared to what it was eight years ago is completely different, the highways, the ports, and 58 airports. And also, in something which I am very keen on The environment and biodiversity. Columbia was the country that proposed and promoted the sustainable development goals. That was back at the 2012 summit of Rio, and then it became the world’s agenda in 2015. And we have a tremendous asset because we are the richest country in the world in terms of biodiversity per square kilometer. And we have been pursuing a very aggressive policy to protect that environment and that biodiversity. And I think this is something that we have to continue doing because we are very worried about what is happening around the world with climate change. The first victim of climate change will be the world’s biodiversity. And we are the richest country per square kilometer in biodiversity.

Dittmann: To come to an end of this interview. Can you give us one good and one bad advice?

Santos: One good advice to all the students. One word: Always persevere! One bad advice: Never follow your instincts, that’s bad advice.

Dittmann: Thank you so much.

Less Is More: The Republican Approach to Foreign Policy 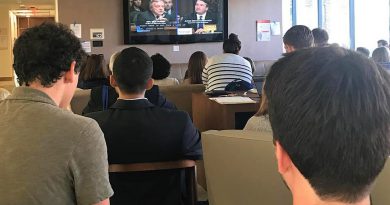 Kavanaugh is dangerous — even if he’s innocent 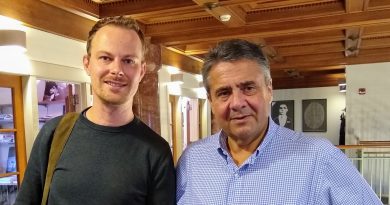