Home > Opinion > Headlines > Malala: A voice of hope and inspiration 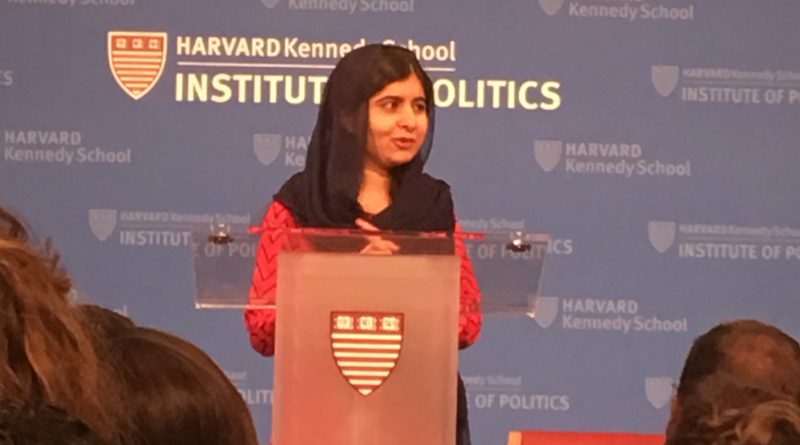 The Center for Public Leadership at the Harvard Kennedy School hosted an event to honor Malala Yousafzai on Friday Dec 6, for her work and leadership in creating a global movement to educate out-of-school girls. Malala was honored with the Gleitsman Award by the CPL and the ceremony was moderated by the Anna Lindh Professor of the Practice of Global Leadership and Public Policy, Samantha Power.

Malala encouraged students from prestigious schools such as HKS, to be the voice to people who do not have voice themselves, to believe in themselves and to use their skills to make change in the world around them. She invited the audience to join her in her mission of providing education for all girls and “to challenge all those political views, all those religious beliefs, and all those cultures which deny girls education.”

A Pakistani activist and the world’s youngest Nobel Laureate, Malala shot to fame in 2012 at the young age of fourteen, when the Taliban shot her in the head.  She co-founded the Malala Fund less than a year after this incident. Malala won the Nobel Peace Prize in 2014 and is currently studying philosophy, politics and economics in Oxford University. 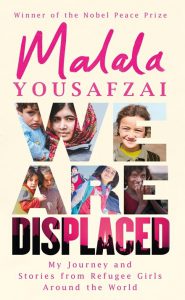 Malala was asked about her upcoming book dedicated to refugees titled “We are displaced: My Journey and Stories from Refugee Girls Around the World,” and what she thought was the aspect that we often miss in our conversations about refugees.  Malala expressed sorrow that the humane side and life stories of refugees is often missing.

She also criticized the way the media often portrayed refugees. “When we hear about refugees in the news, we hear about them as numbers, we are not really hearing about human stories, why did they leave their homes, why were they forced to leave their countries, and all we get is criminalized views, and we hear about how they affect the jobs, economy, and everything… I think this is so unjust and cruel.”

She spoke about how refugees are often portrayed as hopeless and filled with despair. “You hear all these dark things and then you go to refugee camp… they do not have electricity, no quality education, but when you talk to them, there are the most hopeful people! They talk so often about the future and their dreams.” She mentioned the story of a girl who wanted to be an architect and build her country again. She pointed out that quality education is what these young refugees need to achieve their dreams and to make the change in the world.

“Don’t treat refugees with your guesses,” she said, to politicians and decision makers.

Answering a question about how people on ground can help create a positive impact on girls’ education in areas where culture is a strong barrier, Malala pointed out the importance of appreciating the work of local communities and supporting them on what they do.

“I think whatever you want to work on, culture should not be a big issue if you engage with the local community, if you try to hear their problem and their advice…. It’s never going to communities and telling them ‘this is the way to do this’, you should never be like that… because there are some many hardworking activists out there… so we should go there and support them in their work and help them get what they need, financial support, or training, skills, technology.”

The conversation closed with a great question from Samantha Power. Recalling that Malala Yousafzai was an “accidental activist,” and not everybody could walk her path, she asked Malala what the learning was for those who still wanted to make a change in their lives.

“You’re also passionate about change. Believe in your voice. Believe in the potential that you have. Because if you don’t, nobody else will. So, it begins with your self-belief… and to help each other and to work together on this… our work has impact, even if it is something that you think is small, but can lead to the change that you want.”

Clearly a voice of hope and inspiration to the people around her, Malala left the crowd, to appreciation and loud applause. 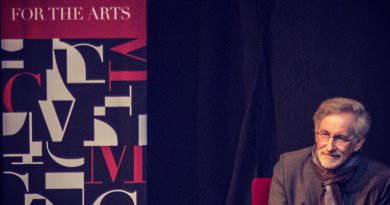 Raiders Of The Lost Harv

October 6, 2014 Comments Off on Nicholas Kristof Encourages Harvard Students to Make a Difference