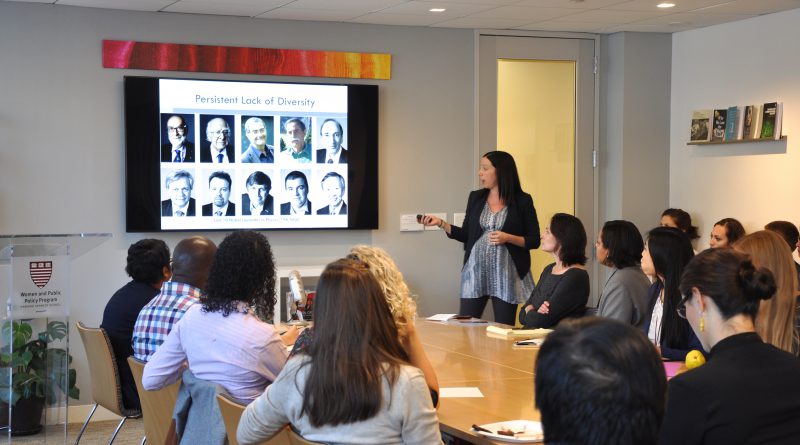 Opinion Opinion-archive Perspectives
February 11, 2019November 6, 2019
Henry (Hank) Kim
Hank Kim is a Captain in the U.S. Navy and a Harvard Kennedy School of Government National Security Fellow. The views expressed in this article are those of the author and do not reflect the official policy or position of the United States Navy, the U.S. Department of Defense, or the U.S. Government.

Men can be part of the solution

I have a son and four daughters. As any father would, I’m looking to help them succeed in life. But as we know, we live in a male-dominated society, so giving my girls a voice has been a priority for me.

At Harvard, I’ve been attending the Women & Public Policy Program (WAPPP) seminars and gotten some terrific perspectives on gender inequality.

However, my biggest lesson has been, we need more guys in the room when talking about gender issues. In many of the WAPPP seminars, I’m surrounded by dozens of women, but I can count the number of men on one hand. It’s a reverse gender gap.

Wait, why do men need to attend seminars on women’s issues?

Well, men are part of the problem. No new light bulbs are coming on here, I know. But my revelation is that many men are unaware of their role in creating and perpetuating gender inequality. Subconscious biases may result in gender discrimination, and these seminars help to uncover some of them.

Victoria Budson, Executive Director of WAPPP, cites a study that shows a woman who returns to work after childbirth 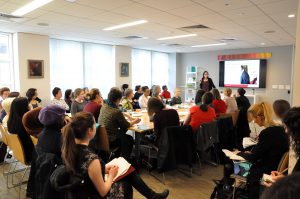 is seen as less competent and committed to her job. Her male counterpart, returning to work after the birth of a child, however, is seen as a more mature and stable worker and even more suitable for promotion. The assumption is that a woman will shift some of her focus away from work to her child while a man will focus more intently on the job because he now has more of a family to support.

In another seminar, Harvard Professor Pinar Dogan showed that HKS women tended to volunteer more for making room reservations, an administrative task, than their male counterparts. Additionally, Professor Siri Isaksson, a WAPPP research fellow, showed that women tended to take less credit for positive actions in group dynamics than their male counterparts. In these cases, and several others, most men were not conscientiously deciding to discriminate or perpetuate stereotypes.

For example, I learned female role models play a factor in helping women in the workplace than many realize. Looking back at an event from my last Navy assignment, I see how this can be true. While stationed as a senior officer in Korea, I had one US female lieutenant who was a natural leader. I asked if she would organize a discussion for female Korean Navy sailors who were struggling in a patriarchal organization. I got the Korean Navy to support the effort. She put together the Korean-US Women’s Leadership (KUWL) conference enabling sailors throughout the country to come together and discuss gender issues. Women thought KUWL was cool, and so did many men. In this case, a little encouragement and support from the top helped one female sailor take a position of leadership to help many others. 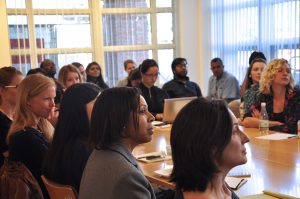 This illustrates another reason why men need to be a part of this discussion – we are in more senior positions in higher numbers than women to facilitate change. According to Fortune, only 5 percent of Fortune 500 CEOs are women. In the Armed Forces, women make up approximately 16-18 percent of the total force, but only 6 percent are generals or admirals. Even here at Harvard, female professors and lecturers make up only 29 percent of the faculty. Yes, women did break some incredible records during the recent midterm elections winning nearly a quarter of the Congressional seats. But let’s not forget that although 25 percent is an improvement, women make up half our country’s population.

One reason for the shortage of men in these talks is general unawareness that men (like some of you reading this) can do anything. I mean, let’s face it, what can I do about the fact that a woman in this country makes 79 cents on every dollar that a man makes?

True, the task of tackling gender inequality may seem insoluble at the individual level. Your bank account wouldn’t make a dent in the nationwide gender wage gap. But if we can raise awareness, collectively a lot can be achieved, especially over time. Imagine if the other 95 percent of male Fortune 500 CEOs decided to actively close the wage gap. By the way, Harvard normally tops the list of alma maters for Fortune 500 CEOs. It can be done.

Attending gender seminars alone won’t change the world. But it’s one useful method for HKS men to be a part of the larger gender conversation. As the spring semester arrives and students plan out their schedules, I plan to make room to attend a few more gender seminars so I can empower not only my girls in their fight for gender equality but to make sure my son is right there with them. 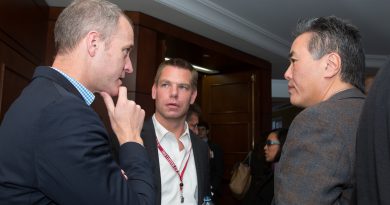 When it is most difficult to do so, we need to listen even harder with our hearts

April 22, 2013 Comments Off on When it is most difficult to do so, we need to listen even harder with our hearts 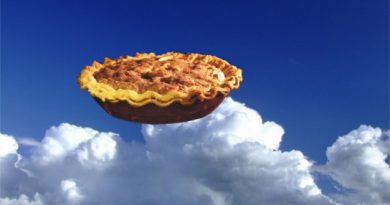 November 30, 2014 Comments Off on Pie in the Sky: A Tasty Community Fundraiser