Home > Uncategorized > Queer Nation: A lesson on being an ally 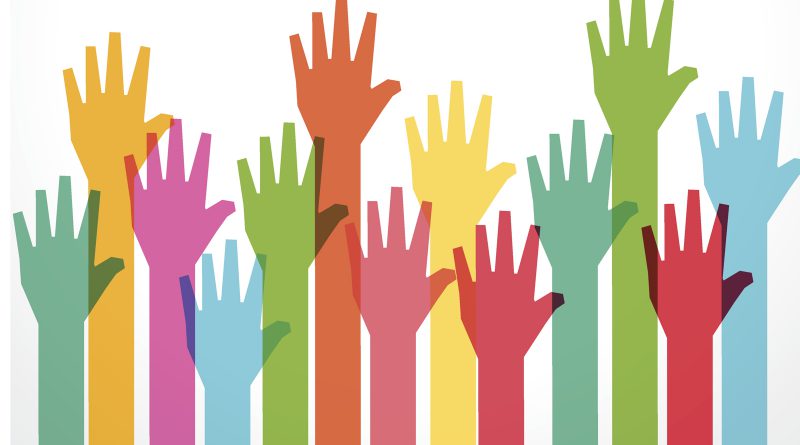 Last fall the Registrar’s Office put many students in a terrible bind. We were forced to choose between Professor Khalil Muhammad’s Race, Inequality, and American Democracy, one of the few courses on race, and Professor Tim McCarthy’s, Queer Nation: LGBTQ Protest, Politics, and Policy in the United States, the first course on queer identity and issues at the Kennedy School. The scheduling mishap was an oversight, but the coincidence, it turns out, is symbolic of a more difficult reality. The work of marginalized groups towards justice, dignity, and equality are often treated as zero-sum.

I do not appreciate such equity traps, but I was surprised by how quickly I concluded that I would have to choose Professor Muhammad’s course. As a young Hmong woman whose refugee parents never made it beyond grade school, I want to examine how race and class shape American democracy. Focusing on the identities that we represent is in keeping with the emphasis at the Kennedy School on lived experience.

At the Kennedy School, it is a common belief that we can best effect change by getting a greater diversity of people into positions of power. The shortcoming with this logic of representation is that it puts the onus on different identity groups to represent their own issues. But we cannot rely on those with lived experiences to carry the burden of their own struggles. Such logic is in itself paradoxically marginalizing.

So, despite my initial feelings, I took “Queer Nation” because I wanted to support history in the making and to be a good ally. If better representation is necessary for change, then we’re responsible for ensuring that all marginalized people, not just the ones we identify with, can achieve this goal. In talking to my “Queer Nation” classmates, I have been struck by how much this course means to them.

“I’m gay, and I’ve never been able to take any course on LGBT/gender/sexuality issues in my whole life. It’s essential for me to have spaces where queers and non-queers engage in these conversations and learn from each other.”

“Not only are we all living queer history by taking this class, but we’re also pushing boundaries on what’s considered policy and politics. And for me, this includes protest and movement building – topics that are not often explored at [the Kennedy School] but are centered in this course.”

I am thankful that I have been able to support my queer classmates, but this experience was not self-congratulatory. The class has been a humbling experience. I realized how ignorant I am of LGBT history and struggle in the US. My classmates and Professor McCarthy also constantly pushed my understanding of what it means to be an ally.

Last February, I facilitated a faculty panel that included Professor McCarthy. In my haste to jot down notes for his introduction, I wrote that he had a forthcoming children’s book called Stonewall’s Children. When I read his biography out loud, a few people chuckled at my mistake, but the majority of the audience and I had no clue of our own ignorance.

In 1969, Stonewall Inn was far from any place children would have been. It was the site of violent demonstrations between the New York City LGBT community and the NYPD who were systematically harassing and arresting LGBT residents. Such a seminal moment in US history had never been taught to me, but maybe I had never cared enough about queer friends to learn about it either.

The class also made me uncomfortable. As someone critical of class, gender, and white privilege, I have had to reckon with my heterosexual privilege. It feels discomforting to know that I may have enforced heteronormativity to the detriment of queer people I love.

Last year, my high school sweetheart, who came out to me after I moved away for college, felt the need to reach out to me 11 years later. He wanted to explain why he was now in a committed relationship with a woman. When he first came out, because of the stigma around being a bisexual man, he had felt pressure to identify as gay. It is not uncommon for people to joke that bisexual men are just “confused” gay men or “too scared” to fully come out of the closet.

He was worried I would be hurt if I saw his relationship on Facebook. I should have told him that he owed me nothing and that I was so happy for him. Instead, I joked about how I felt spurred twice now. I did not reflect on what forms of guilt might have unfairly pressured him to feel an obligation towards me. I would never think to call my exes if I got into a new relationship.

The course also gives me hope. Readings and in-class discussions highlighted the parallel and overlapping struggles of LGBT people, people of color, women, immigrants, and other marginalized groups in the US. Our struggles and histories do not cancel each other out (even if the Registrar’s Office does force us to choose). If anything, they are interwoven, and we are much stronger when we recognize that.

May 18, 2022 Comments Off on Gender Equity at HKS: The Time for Change is Now