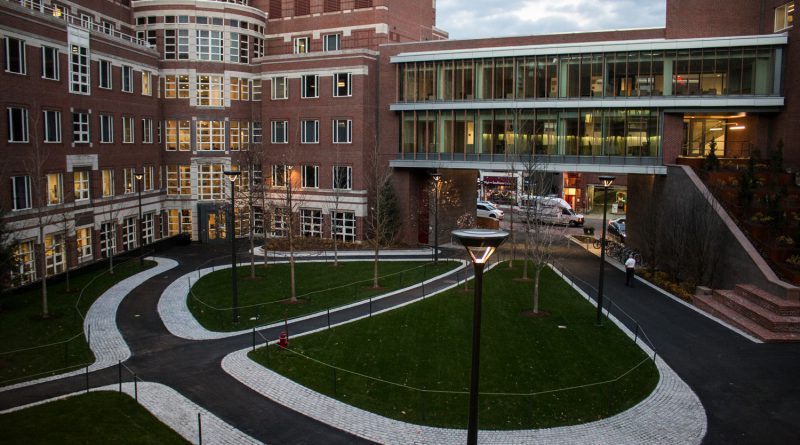 Convicted sex trafficker Jeffrey Epstein was a longstanding donor to Harvard, giving nearly $9 million to the university between 1998 and 2007. When Epstein was first charged in July 2006, Former University President Derek C. Bok defended Harvard’s relationship with big money donors, saying the university should not “have an obligation to investigate each donor and impose detailed moral standards.”

The death of Epstein in his jail cell on August 10th shined a spotlight on his horrific crimes and the controversial circumstances surrounding his death. But it also rekindled a reflection by the Harvard administration on its relationship with big money donors.

In contrast to Former President Bok’s comments in 2006, current University President Lawrence S. Bacow stated that Epstein’s relationship with Harvard “raises significant questions about how institutions like ours review and vet donors.” He also stated that he “profoundly regret[s] Harvard’s past association” with Epstein. The school even redirected the remaining $186,000 of his contributions to organizations that support victims of human trafficking and sexual assault.

Redirecting the remaining funds is an important gesture. But if the school is serious about fundamentally changing how it vets its donors, it needs to first reflect on its current class and the  messages being conveyed by the names on our buildings and the sponsors of our fellowships. And here at the Kennedy School, there are a number of concerning contradictions for us to consider.

Leslie H. Wexner is the founder, chair, and CEO of L Brands, which owns Victoria’s Secret, Pink, and Bath & Body Works. He was also the only publicly known client of Jeffrey Epstein’s financial management firm. When they met in 1988, Epstein was a college dropout with a thin resume. Despite that, the two became very close, driving a wedge between Wexner and his long-time associates and friends. Epstein went on to serve as one of three trustees of The Wexner Foundation from the early 1990s through the mid-2000s. Epstein was Wexner’s fixer in many circumstances – cleaning up investments, streamlining budgets, firing staff members, and taking on messy legal battles. Wexner gave Epstein power of attorney in 1991, only 3 years after they met.

A. Alfred Taubman was an art collector and shopping-mall tycoon. He was an aggressive entrepreneur who dabbled in real estate, fast food, movie theatres, and department stores. He is also a convicted felon who was imprisoned for ten months in 2002 for antitrust violations.

And this Fall, students have been learning about “Strengthening the Enforcement of Criminal Laws Against Kleptocrats” (DPI 514) in Taubman 401.

Idan Ofer is a billionaire who built his career on his family’s shipping business. He now has vast holdings in the shipping, drilling, and mining industries. According to an Israeli investigative TV show, he hired the Israeli intelligence firm Black Cube to investigate and influence the finance minister at the time in order to continue evading high taxes.

Hardly the type of “impact on solving public problems” that the school’s mission champions.

Glenn Dubin is a hedge fund billionaire who made his fortune on Wall Street. He is on the board of the Robin Hood Foundation, which fights poverty in New York City, and funded the Dubin Breast Center at Mt. Sinai Medical Center. But documents released over the summer related to the Epstein defamation case revealed an appalling allegation that Glenn Dubin was the first person Virginia Giuffre was forced to have sex with. The Dubin family has publicly denied this.

Meanwhile, 10 HKS students at the Center for Public Leadership have been awarded the Dubin Fellowship for Emerging Leaders. Dubin Fellows are selected based on their “demonstrated strong character…and a commitment to making a transformative impact on the communities they serve.” We highly doubt that the allegations are the type of transformative impact prospective fellows aspire to when they apply.

What lessons should HKS learn from reflecting on its current donors? To start, it must implement a much stronger set of vetting practices for any potential donors. Billionaires have benefited from a political system that has allowed them to accrue immense wealth at the expense of alarming inequality. There is a clear incentive for them to perpetuate that system – both in their donations to political parties and in their donations to a school that trains the next generation of policy leaders. Therefore, HKS has a responsibility to thoroughly scrutinize any donor it plans to enter into a long-term association with.

HKS could also retain the right to remove the name of anyone whose conduct violates the moral standards of the school. Our students should not be learning about public service in a building named after a convicted billionaire who subverted the law to fuel his own greed.

The Harvard Kennedy School’s mission is “to improve public policy and public leadership across the United States and around the world, so people can lead safer, freer, and more prosperous lives.” It can start by leading the way at Harvard and implementing a strong set of vetting practices for any potential donors, and a set of moral standards it expects all donors to follow.

And who knows, if billionaires aren’t motivated to act in the public good for moral, ethical, or legal reasons, maybe the fear of having their name disgracefully removed from an HKS building will at least make them think twice. But at the very least, the Kennedy School should think twice about whose name is up there in the first place.

Note – November 17, 2019: This article was edited from a previous version that incorrectly stated that “The Causes and Consequences of Inequality” (SUP206) was held in the Wexner building. 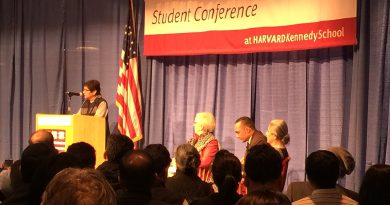