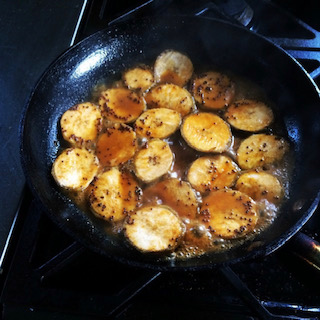 This is the first piece in our series, “The Food Project”, a collection of stories, essays, and opinion pieces on the food cultures from our diverse student body.  Students submit pieces expressing broadly their relationship with food and cuisine from their families and countries. These writings can range from a personal connection to a dish, memories of family meals, or the significance of a national cuisine.  The writers submit a recipe at the end of each piece for your tasting pleasure!

If you’re passionate about food and want to contribute to The Food Project, please email the_citizen@hks.harvard.edu.

Americans are being “chicken tikka masala-ed” to death. For decades, North Indian dishes like chicken tikka have dominated the Indian food scene at the detriment of America’s Indian food palate. But the truth is simple—the true soul of Indian cuisine is South Indian food.

South Indian restaurants are few and far between in America. Yet, South Indian food’s depth of tastes, range of dishes, and diversity of spices is unparalleled.

The debate on South versus North Indian food is controversial in Indian circles. My brother and his North Indian wife tackled the issue at their “fusion” wedding. The families debated which cuisine to serve at the wedding brunch versus the reception dinner. The decision was critical as the local Indian community would harshly judge the wedding by the quality of its food. The solution was simple when we faced the facts. South Indian breakfast/brunch is superior.

South Indian breakfast is the breakfast of champions. It is hearty and rich, but light enough for breakfast. The infamous star is the dosa, a thin, flaky crepe of fermented batter stuffed with savory potato masala. As a child, I eagerly waited each week for my grandmother’s homemade dosa batter to ferment in its large tin container. It soaked up the warm Florida sun on our back patio, and that warmth cascaded out in each bite of the dosa’s crunchy shell.

The batter can also be used to make idli, a steamed cake. Eating idli is like biting into a cloud. When dunked in sambar, a full dahl stew, the idli melts away with a spicy kick in your mouth. If you want something with more personality, vada is the fried donut-like cousin of idli. Stuffed with peppercorns, vada’s sharp flavors travel straight to your heart, energizing your body. All of these dishes are versatile as they are also served as snacks. It’s like having breakfast all day.

It is a common misunderstanding that South Indian food is solely vegetarian. Yet, this is a notable strength of the cuisine. Whether it’s coconut-based chutneys or dahl-based stews, vegetarians never get bored. In fact, whenever I go grocery shopping with my mother, who is vegetarian, I’m blown away. Orbs of green-stemmed eggplants, hairy yams, and wart-like bitter gourd land in our grocery cart, transforming into something fantastic in my mother’s kitchen. The variety of South Indian vegetable dishes is simply unparalleled— ranging from stuffed eggplants and fried okra to plantains and taro root. South Indian food is the vegetarian’s paradise.

South India’s sub-regional cuisines are home to its non-vegetarian strengths. When I lived in Southern India after college, I encountered a celebration of flavors in Hyderabadi biryani. Influenced by its Persian cousin, this dish melds the meat of your choice with fragrant, saffron-topped rice and spices. In Kerala, with its coastal backwaters, I devoured masala-laden fish and fresh prawns.

To many South Indians, Chettinad food is king. Hailing from the state of Tamil Nadu, Chettinad food is notorious for its intense spice and multi-dimensional flavor. Home chefs grind fragrant  masalas of star anise, chilis, cloves, peppercorn, and cinnamon in giant stone mortal and pestles known as ami-kals. Combined with rich ginger, garlic, and onions into a thick paste, this base adds dimensions to the chicken, lamb, and vegetables. Chettinad will leave your belly full and your soul enriched.

Critics of the South Indian food might argue that it presents an additional hurdle to palate-development because it is so unique. But, it takes time to develop the palate needed to appreciate any kind of Indian food. North Indian food in most Indian restaurants in America are heavy, oily curries. This, too, can be hard to stomach.

But South Indian food doesn’t have to be mainstream in order to prove its greatness. With its diversity of sub-cuisines, advanced spice profile, and range of options, South Indian cuisine is the soul of India.

Ragù Bianco, an Act of Love 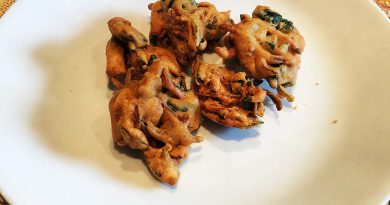 The Prestigious Pakora: a Remedy for a Rainy Day

February 28, 2020 Comments Off on The Prestigious Pakora: a Remedy for a Rainy Day