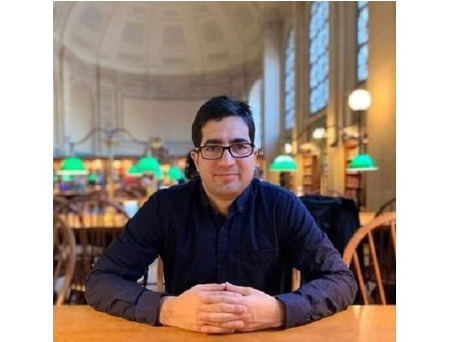 A doctor and his colleagues in Iran established the nation’s first HIV/AIDS prevention and care initiative – the “Triangular clinics” in 2000. This innovative model was accepted as a best practice by the World Health Organization and internationally. Unfortunately, in June 2008, he was arrested and eight months later, after a 5 minute trial, he was charged with the offense of violating Article 508 of Iran’s Islamic Penal Code – “communication with the enemy government (the United States Government)”. The successful, yet culturally revolutionizing health initiatives led him to Tehran’s Evin prison from June 2008 through December 2010.

On June 19th, 2016, a lawyer and political activist in Venezuela and his colleague were traveling to Portuguesa state to organize a non-violent campaign for a recall referendum against President Nicolas Maduro. Their car was stopped and searched by the Venezuelan National Security Guard at a security checkpoint. Based on the pamphlets and $3000 in cash kept in the car for the statewide campaign logistics, the two men were arrested for ‘money laundering’ and ‘inciting violence’.

Dr. Kamiar Alaei of Iran and political activist Francisco Marquez Lara of Venezuela became political prisoners because they stood up for the civil and political rights of their people. Both are alumni of Harvard University. Dr. Kamiar Alaei, a 2007 graduate of the Harvard School of Public Health, was released after 2.5 years in 2010 and Francisco Marquez of Venezuela, a 2012 alum of the Harvard Kennedy School, was released four months after his arrest in 2016 due to the efforts of the Harvard community and international campaigns.

Not all champions of civil and political rights get the same happy ending. HKS student Shah Faesal was detained in India in August 2019 from Delhi airport on his way to resume his studies here. His life has been remarkable in many ways. Hailing from Jammu & Kashmir (J&K) in India, he witnessed his father, a teacher, killed by gunmen.  Yet, he resorted to peace rather than violence. He was the first Kashmiri to top the prestigious All India Civil Services exam. As a government servant he was the pride of Kashmir and a symbol of hope to youth across the state – inspiring young people to believe that there are nonviolent, legal channels to bring peace into their lives.

In 2018, Shah Faesal was enrolled in the Mid-Career MPA program at HKS as a Fulbright Scholar. Simultaneously he set up a political party – the Jammu Kashmir People’s Movement in Jan 2019 and quit the civil services.  In August 2019, the federal government of India, revoked the semi-autonomous status of J&K without any deliberations with the state government or citizens of J&K. All communications via internet, phone lines and mobile services were immediately shut down without notice. All people of J&K were cut off from the rest of the world overnight. All political leaders of Kashmir, including the former Chief Ministers, leaders of the opposition parties, Presidents of bar associations of the J&K High Court and District courts, and even youth perceived as potential threats were all detained under the J&K Public Safety Act and other laws in the name of “public safety”.

In the days before the revocation, Shah Faesal was vocal on social media trying to reassure people amidst increasing unease, as pilgrimages were cancelled and army deployment increased. Not only was the unease warranted, he too was targeted. After sharing his concerns about the undemocratic nature of the laws imposed on J&K in his last interview with the BBC, he was on his way to HKS to complete the last semester of his MPA program. He was arrested from Delhi airport and detained in J&K under the Public Safety Law (PSA). The J&K PSA allows the State to detain a person without trial for 2 years, which is in itself a violation against Article 11 of the universal declaration of human rights (UDHR) where a person needs to be perceived as innocent until proven guilty. He has been detained since August 2019. Nine months have passed now. On May 13, 2020, his detention was extended again for another 3 months.

Harvard University, the world’s most renowned academic institution, is a champion of the basic principles of democracy such as “freedom of expression” and “due process of law”.  Harvard creates world leaders and global citizens who are trendsetters in imparting social justice and democratic principles. Harvard should indeed uphold itself as an independent entity, apolitical and non-partisan in nature, while leading the world by example to take a strong stand against human rights violations and injustice.  To quote Martin Luther King, “injustice anywhere is a threat to justice everywhere.”

We as a community, should not tolerate suppression of civil and political rights through arbitrary detentions of voices of dissent, especially that of our students and alumni. As members of the Harvard community, we should defend, support and empower young leaders who wage battles against unfair systems.

If you wish to support the release of the Harvard Student Shah Faesal: 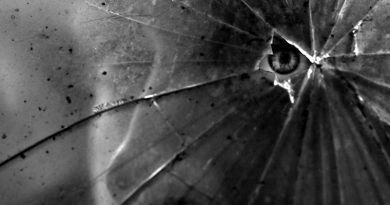 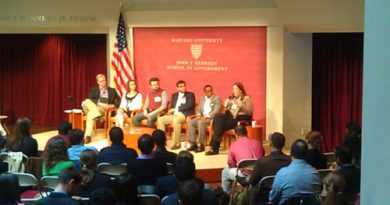