Ever since The Crimson Editorial Board came out with its endorsement of BDS and the Free Palestine movements, the negative responses to it have been frantic. Accusations are being made of antisemitism and rejection of the right of Israel to exist, and everyone has something to say about this.  That is, everyone but the Palestinians.

The thing is, as the old saying goes, when you are so accustomed to privilege, equality feels like oppression. This conversation happens above the Palestinian heads by Harvard scholars, students, American Jewry, and Israelis. Palestinians don’t have the right to speak, let alone a right to their own country and self-determination. If you’re a Palestinian, even writing a poem will get you thrown into jail. In the meantime, Israelis can easily and openly state their views and objections to things written in a school newspaper – seeing this as an act against them being oppressed.

When you are accustomed to privilege, equality feels like oppression. In the past two years, the universe miraculously created amazing mirrors for Israelis to look into, to slightly feel some of the Palestinian experiences, but they are reluctant to do so. During the first lockdown in March 2020, when Israelis could not leave their homes due to the pandemic, many of my Palestinian friends posted memes on social media with the joke: “Dear world, how is the lockdown? Sincerely, Gaza”. Later, when the Israeli government decided to use geolocation surveillance over civilians without the need for a court order, the Israeli public erupted with resistance, forgetting that this policy has already been a reality for Palestinians for years. And then the NSO scandal broke, revealing once again that Israel secretly uses Pegasus spyware against private individuals, but this time the fear was that Israeli officials and citizens were victims. The mere suspicion of privacy violations of Israelis was enough to create a public outcry. It is okay when it is done against Palestinians or human rights activists in other countries, but it is unacceptable when operated against Israelis.

My dear Israeli friends, you who wrote against the endorsement of BDS – when you are accustomed to privilege, equality feels like oppression. I understand how hard and offensive it can be to feel unwanted. It hurts to be fiercely criticised and to have your own existence questioned. But I expect you to be honest and admit that the Israeli society does exactly that to the Palestinians, if not worse.  The current Israeli Prime Minister and his ruling party do not recognize the right of Palestinians to self-determination and a state of their own. Isn’t that exactly what you are fighting against when talking about Israel? Does that not count as a double standard? Why is the opinion of an independent non-governmental organisation as BDS more important than the opinion of the Prime Minister of Israel?

When you are accustomed to privilege, equality feels like oppression. It is obviously easier to see your own pain before you see the other’s. But dear Israeli friends, not all criticism against Israel is antisemitism. Dear American friends, if you were real friends of Israel, you would have made that statement clear too. The criticism against the occupation and the systematic racism in Israel is justified. Israel is not perfect, and not all policies taken by Israel are right and humane. I dare to say that the crimes of the occupation not only are not Jewish, but they are actually anti-Jewish values. I grew up with Jews, and I learned about “love thy neighbour” and “love the foreigner; for you were foreigners in the land of Egypt”. The systemic dehumanisation and violence acted against Palestinians are the opposite of these Jewish values, and no one will convince me otherwise. And even God cannot convince me that arresting 14-year-old boys in the middle of the night for throwing rocks, or constantly demolishing houses and allowing settler violence against Palestinian peasants, is done to keep my security as an Israeli citizen. I refuse to accept that, and I know you can do better. This should strongly be condemned by those who consider themselves friends of Israel and are able to liberate themselves with words. Use your pens and voices to do justice, not to defend the undefendable.

Even the attempt to control Palestinian protest is an act of privilege.  For you Israelis, it’s easy to study at Harvard and write a letter condemning BDS.  But if you were Palestinian – under lockdown in Gaza for over 15 years, under violent occupation in the West Bank, or under the constant fear of being evicted from your house in East Jerusalem and inside Israel proper – how would you fight for your freedom? 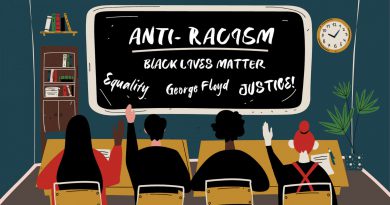 Reflections on the MPP Anti-Racism Module

October 29, 2020 Comments Off on Reflections on the MPP Anti-Racism Module 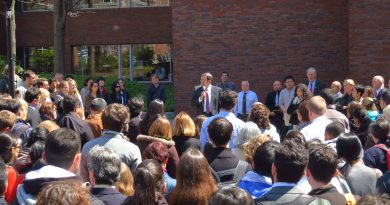