Home > Uncategorized > Two truths (and many lies): Witnessing and unlearning in today’s occupied Palestine
Uncategorized
June 27, 2022June 27, 2022
Shreya Nathan (MPA 2022)
Shreya graduated from the HKS MPA program in May 2022 with a dual MBA from the Wharton School. She is originally from California.

It’s an oddly familiar student experience to board a flight alone and be greeted by friendly faces in every row. Settling into a 12-hour journey to Tel Aviv, my seatmates and I recognized our matching Harvard Kennedy School gear.

“Are you at HKS too? Which Israel Trek bus are you on?”

Several hundred classmates must have had the same interaction on their flights to spring break. Most had packed costumes for the all-night Purim party and swimsuits for the Dead Sea, ready for wine tasting on illegal settlements and itineraries headlined “Gaza & Unwind” (the crisis in Gaza couldn’t be less relaxing: nearly two million live in what the UN calls an open-air prison).

“I don’t have a bus number,” I responded. “Or an itinerary, really,” so we wouldn’t have to lie to the probing Israeli airport officials. “I’m going to Palestine.”

For this trip, 100 HKS and HLS students packed our bags differently: warm jackets and conservative clothing for the inland mountains of the West Bank; notebooks to record conversations with student activists, UN officers, and displaced refugees; phones from which we’d been instructed to delete all mention of our now-invisible group identity, “PalTrek.”

Ten days immersing in the rugged beauty, fierce resilience, and devastating oppression of occupied Palestine are not enough, but they are not nothing. For many Americans like myself, our starting point was what we learned in school, and maybe still believed—the outputs of Israel’s propaganda machine, which our peers were being fed as

fact on the other side of the wall. Cutting-edge tech startups flourishing alongside rich religious history; a triumphant home for persecuted Jews surrounded by antagonistic Arab states; a democratic haven in the Middle East and an important American ally in the war on terrorism. One truth.

But certainly not the whole truth. With the aggressor in tight control of the narrative, one of the world’s most enduring conflicts and humanitarian crises is hiding decades of modern-day settler colonialism, systemic ethnic oppression, and strategic cultural erasure. This is not a petty land dispute, but full-on apartheid.

Today’s Palestine is devastating to witness. The occupation complicates, threatens, and dehumanizes every detail of ordinary life: restricted IDs and license plates deny access to Israel and impose arbitrary checks (one family business told us they export products by camel whenever they are denied vehicle permits, always without explanation; another Palestinian told us he looped back to Jordan multiple times in one week after being inexplicably offered a two-day visa, forced to keep re-attempting the three-month permit he was entitled to). Israel sets prices and controls everything from water and shorelines to electricity and internet (the West Bank still uses 3G; Gaza 2G). A second truth.

These mercurially imposed laws feed the power imbalance and obscure abuses to Palestinian citizens and their economy. “Nobody treats us like a real market,” the CEO of PalTel, the country’s largest private employer, told us as he mourned being overlooked by franchises like Starbucks and tech companies seeking skilled labor. The occupation is estimated to cost the Palestinian economy one-third of its GDP.

Worse, the facts themselves are hard to pinpoint from afar. Israel controls land and law—for instance subsidizing illegal settlement on Palestinian lands—but also writes the narrative: discriminatory laws are often framed as market failures or necessary defenses against religious aggression and security threats, instead of unprovoked human rights violations.

Hebron, the West Bank’s largest city and among the world’s oldest, is one such victim of these illegal settlements. Wandering the narrow streets, we saw thick wire netting installed as a makeshift outdoor ceiling, offering a dystopian kind of protection against trash thrown down by Israeli settlers who live physically and figuratively above native Palestinians.

Even young Palestinians are not spared. We met students at Birzeit, a public university outside Ramallah, who face constant digital threats and targeted censoring, violent raids and school closures, and arrests both strategic (their student council president) and arbitrary (one student recounted solitary confinement, seven months in prison without official charges, and an unresponsive U.S. embassy despite his American citizenship).

“We’re angry,” another student told us, adjusting a bright beanie over her hijab. “When your classmate gets arrested for selling falafel, you don’t have a choice.”

But buried within this fury and frustration were also moments of tenderness: We met a soft-spoken man at a refugee camp outside Bethlehem who ran a children’s theater program there. He spoke warmly of art as the highest form of humanity, and of fighting to see parts of the enemy in oneself. He appealed to us with dignity, never pleading, to stay close to truth, even in the smallest of ways and words: Israeli is not Jew is not Zionist is not Semite.

What did it mean to stay close to a complicated, perhaps unknowable truth? Watching my peers come back from separate Israel and Palestine treks with different facts and feelings gave me new awareness of the devastating power of a dominant narrative—to put everything in its orbit, to stifle the imagination, to prematurely present something as truth.

To stand for the truth, I thought, requires the capacity to know what we don’t know, the commitment to debate opposing voices, the humility to persistently question, the patience to actually listen. Many truths, then—like unraveling why my tax dollars support Israel even when it no longer serves American interests, or reconciling my experience in Palestine with Jewish friends and institutions I love dearly—aren’t just static facts but rather the active, demanding practice of learning, unlearning, and pursuing a moving target.

But at the same time, can other truths be universal, certain, altogether non-negotiable? Can one’s own lived experience, and universal human rights, be acceptable—even superlative—forms of this more fixed kind of truth?

The isolated narratives of Israel and Palestine, sold separately through parallel treks and experiences, are in the first category: Two lands, two truths. Moving targets.

But to end Palestine’s harrowing, man-made oppression, it must first be seen, known, as the unacceptable, undeniable crisis that it is—the second, fixed, feel-it-in-your-bones kind of truth. 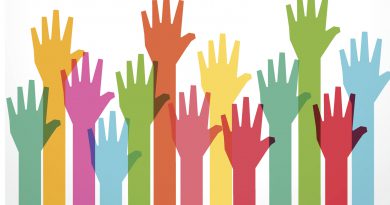 Can we share what we learned (and didn’t) on Paltrek and iTrek? 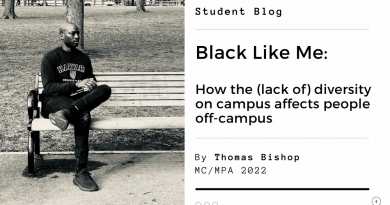 Black Like Me: How the (lack of) diversity on campus affects people off campus